Last month, one of the musicians for a popular heavy metal band lost his life on his bike. Our sympathies go out to his family and friends. Although reports do not provide a great deal of detail on the passing of the Black Tusk bass player and Georgia resident Jonathan Anthon, he was said to […] 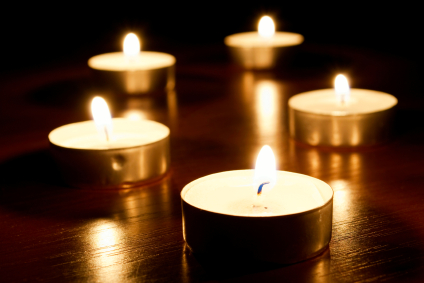 Last month, one of the musicians for a popular heavy metal band lost his life on his bike. Our sympathies go out to his family and friends. Although reports do not provide a great deal of detail on the passing of the Black Tusk bass player and Georgia resident Jonathan Anthon, he was said to have sustained what were deemed critical injuries after his Harley bike broadsided another vehicle. The band had several recordings already out on their record label and had just finished another in the recent past.

The band posted a very sad memorial note on their website. They had been advised by the hospital physicians that Mr. Anthon sustained severe brain injuries. Although he was placed in a medically-induced coma, the doctors were not able to save him after the serious injuries to his head that eventually caused his death. Apparently, his wishes were known by those close to him or he had a health care directive which indicated that he did not want to remain on life support and that he wanted his organs donated. The deceased band member’s girlfriend was a passenger on the bike when the crash occurred. She survived the crash without serious injury, but her loved one did not.

It has not been reported whether the deceased rider was wearing a helmet when his bike crashed. This tragic loss of life, which is mourned by all who knew him and the riding community, is not made less painful with this knowledge. But it is something to consider. Because the Centers for Disease Control have indicated that the death toll among riders has increased over 50 percent since 2000. This is in part due to the increase in ridership over the past decade across the population. The popularity of riding is due in large part to the fact that bikers enjoy the experience of the ride. Some find that wearing a helmet hinders this experience and the laws in many states that required the use of helmets have been repealed.

Regardless of our opinions about riding without a helmet and the arguments that many riders have made for not wearing a helmet … the facts are in. The statistics for preventing a serious or traumatic brain injury are clear and lead to a well-established conclusion: riders who are not wearing a helmet are twice as likely to sustain traumatic brain injury than those who are wearing a helmet. Riders know that life is precious and we know that many riders really prefer to ride without the “constraints” of a helmet. But one wonders whether those who have lost their lives after a crash, would come back to us if they could to say they would have preferred to have worn a helmet than have sustained fatal injury. We mourn the loss of any rider, and support the love of the ride.

Sometimes we all need a little help from an expert. The legal experts at Scholle Law are here to help guide our clients through the most difficult experiences of their lives. After a serious accident those who have reached out to us get personal attention to both legal guidance and medical support. We support the riding community by representing those injured in motorcycle accidents. Please contact us for a free consultation at any time.