Important news for all motorcycle enthusiasts. The ground-breaking naturalistic riding study sponsored by the Motorcycle Safety Foundation (MSF) is finally published and provides an important contribution to rider safety and why crashes happen. We want to share some of the highlights of this study with our readers. The collaboration with the MSF and the Virginia Tech […] 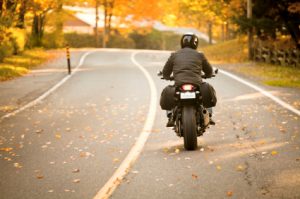 Important news for all motorcycle enthusiasts. The ground-breaking naturalistic riding study sponsored by the Motorcycle Safety Foundation (MSF) is finally published and provides an important contribution to rider safety and why crashes happen. We want to share some of the highlights of this study with our readers. The collaboration with the MSF and the Virginia Tech Transportation Institute (VTTI) took several years to compile and gathered information through riders while they were on their rides. Prior to this study, motorcycle crash data had been gathered either after an accident or in a simulator. We have mentioned this study in prior posts, but now that it is fully published, we would like to share some items of interest with you.

Just to recap. This study used 100 motorcyclists riding more than 350,000 miles on their own bikes. The riders varied in age from 21 to 79 years of age. Riders were located in various locations around the country, California, Arizona, Florida and Virginia. The information was gathered over two years for some riders and less time for others. The opening introduction to the study says that it is captures factors that both “increased and decreased risk for riders based on observed crashes and near-crashes.”

Even though motorcycle deaths had been declining in the period prior to the study, injuries had increased. No prior research was able to capture the information and data collected by this more high-tech study. In the past, riders were interviewed after a crash or a crash was reconstructed which is helpful, but not exact. This more high-tech study sheds light on crash and near-crash events from the perspective of the rider. In the study, motorcycles were rigged with video cameras, GPS information and other data captures, including braking and acceleration. No other study has captured so much data about riding and risks. We summarize the findings here.

We have written about this issue many times before, but riders should take note. Most motorcycle crashes happen at intersections. Those intersections that have no lights or stop signs and are essentially uncontrolled, are far more dangerous than others. The risk of accident is far higher than in a controlled intersection by about 40 percent. Other areas such as parking lots and related intersections also present a high risk as do intersections that are controlled. We have written about parking lot and intersection accidents that have happened in Georgia over the years, so our readers are aware of this. The study also showed that steeper downhill grades are four times more likely to be the location of a motorcycle crash. Certain turns also present risk factors that are higher than straight aways. In particular, right turns can be tricky for motorcycles.

The study confirms that other vehicles crossing a rider’s path contribute to a high percentage of motorcycle accidents. This is one reason why it is so important for riders to work towards “being seen.” Many caged drivers simply say they “didn’t see” the cyclist. That is not an excuse for hitting a bike, but it sure makes it more important for riders to be aware of this and not assume they have been seen. A lower percentage of bike crashes happen when riders hit, or almost hit, a caged car or truck in front of them. Experienced riders know this and riding educators will want to focus on this as well. As with caged drivers, aggressive driving raises the likelihood of accident. The study found an increased risk factor by 12 times was found when bikers are avoiding an object or a person or something else in the road. This means give yourself time. Looking ahead is important to safer riding for this reason. If you see what is ahead of you, you can take the time needed to maneuver away from trouble.

Scholle Law hopes that the study and its findings will help motorcycle education programs and bikers alike, stay safer on their rides. This study will have far-reaching impact when used to help teach safer riding and caution around vulnerable areas, such as uncontrolled intersections. If you have a need for legal guidance after a motorcycle accident, please feel free to contact our law firm at no charge. We are here to help evaluate what happened to you, not to judge. We have successfully represented many riders after an accident or injury and we don’t get paid until you get paid.