Several years ago, we posted about an Atlanta couple who suffered fatal carbon monoxide poisoning after unknowingly leaving their car ignition on due to a keyless ignition. Their vehicle was a Toyota. Their adult children filed a wrongful death action after their deaths. This is only one of many such deaths and injuries caused by […] 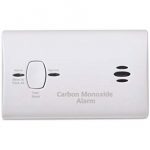 Several years ago, we posted about an Atlanta couple who suffered fatal carbon monoxide poisoning after unknowingly leaving their car ignition on due to a keyless ignition. Their vehicle was a Toyota. Their adult children filed a wrongful death action after their deaths. This is only one of many such deaths and injuries caused by keyless cars. Many are aware that keyless vehicles can make it difficult for drivers to know when the vehicle ignition is off before they close the garage door and enter their homes. A keyless fob makes it possible to walk away from a running vehicle that spews dangerous toxic fumes.

The New York Times has recently published a lengthy piece about this potentially tragic convenience. As many readers know, keyless ignitions are more and more common. Carrying around a fob, rather than a key that turns the vehicle ignition on and off seems like a great improvement since turning a knob or pushing a button is all the driver needs to do to start or stop the ignition. Many newer vehicles in America are keyless. This combined with engines that are much less noisy can be a deadly, particular with older users.

When the ignition remains on in an enclosed garage, the carbon monoxide build up in a garage attached to home can become lethal and has caused death and injury. Carbon monoxide can cause serious brain damage. Carbon monoxide has no color or odor. The gas deprives vital organs, including the brain, of oxygen. Carbon monoxide poisoning may not be fatal if the victims are found early, prior to losing consciousness. But even if a person is saved from this, brain damage can result and cause victims to require lifelong care and support.

The potential for tragedy and even death, caused automotive engineers and federal regulators to seek out safety measures, such as audible warnings, to avoid the potential that the vehicle remains on in the garage. Some manufacturers include a warning to the driver that the vehicle is still on as they open the door. Others have lagged behind in protecting drivers from this potentially fatal problem.

The regulators have also lagged behind the mounting problem. Several years ago, the National Highway Traffic and Safety Administration proposed regulations that would require keyless ignition vehicles to include a warning prior to the driver leaving the vehicle. There is no requirement that vehicles be equipped with these or with automatic shut offs which according to experts would not be particularly costly to program.

In wrongful death and related law suits, evidence has been found that some car makers have considered more effective warnings, but have not implemented them. Some have even recalled vehicles to retrofit a warning or shut off. The lawsuits are often settled so that consumers are not fully aware of the extent of this issue. The potential for this toxic danger is all the more reason to have a carbon monoxide alarm in our homes.

The investigative work done by the New York Times found that local agencies are keeping better records of fatalities and injuries. They found nearly 30 fatalities and 45 injuries directly caused by these ignitions since about 2006. But it is believed the numbers are actually higher.

Some local agencies that have dealt with these tragedies directly have engaged in public information campaigns to avoid the tragic consequences of leaving a vehicle on the garage. Carbon monoxide alarms and reminders seem to have helped in Palm Beach County, Florida where the fire department works with an older population at greater risk of harm in the use of these vehicles.

Scholle Law is committed to bringing important information about brain health and wellness to the community through this blog. We are here to help injured victims and their families.