What is Concussion? In recent years, concussion has become a much more familiar word to many. There is much more awareness about this type of injury than there was even five years ago. This is perhaps due to news about concussion in the National Football League which has implemented concussion protocols to protect players from […] 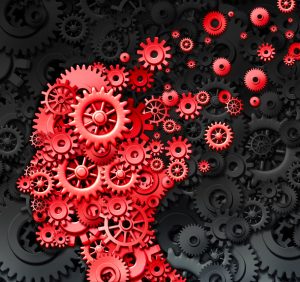 In recent years, concussion has become a much more familiar word to many. There is much more awareness about this type of injury than there was even five years ago. This is perhaps due to news about concussion in the National Football League which has implemented concussion protocols to protect players from getting on the field after suffering a concussion. The feature film Concussion brought awareness to this type of injury and its long term effects on football players. According to the Centers for Disease Control here in Atlanta, the leading cause of concussion are falls which are more likely to occur with children and the older population. Statistically, motor vehicle accidents are the third leading cause of concussion and about one-third of the concussions that result from motor vehicle crashes result in the patient’s death.

What is concussion and why is it important to understand? Concussion is a form of Traumatic Brain Injury or TBI. TBI’s can result from a blow to the head which might happen in a fall or a vehicle accident right here in Gwinnett County. Some might recall the tragic head injury that caused the death of Liam Neeson’s wife Natasha Richardson. She fell skiing and sustained a blow to her head. The severity of her injuries were not immediately obvious. She even signed a document at the ski resort that said she did not need help. But within a fairly short period of time, she went into a coma and by the time she arrived at hospital, she had to be put on life support. Her brain was severely bruised. She had an epidural hematoma which caused swelling in her brain. This was the result of what seemed to be a minor blow to her head.

What happens to the brain when a person sustains a concussion? The human brain is protected by fluid and membranes called meninges. This fluid and the membranes that surround the brain protect the brain. But when the human skull is struck by a blow, fall or other, the brain itself can be pushed inside the skull and become bruised. This bruising can result in concussion which can range from mild to severe. Another injury can occur to microscopic nerve fibers in the brain, these nerve fibers, called axons, are important part of brain function. They connect the brain’s nerve cells which are called neurons. When these connections are disrupted, the brain does not function normally. Regardless of the severity of the concussion, the victim’s symptoms can also be wide ranging and debilitating.

What Are the Symptoms of Concussion?

As described by the Mayo Clinic, TBI symptoms can range from headache, a sense of pressure inside the patient’s head, loss of consciousness and things like memory loss, nausea and dizziness. After a concussion, the brain does not function normally. A person might lose consciousness in severe cases and might lose memory. But even a mild TBI can disrupt a person’s life. For example, headaches, a sense of fogginess or lack of concentration can result. Some concussion symptoms can take time to appear, even hours or days. These can range from difficulty concentrating or sleeping to irritability and other personality changes.

Proof of Brain Injury After Accident or Fall

After a person sustains a TBI that is caused by such things as a fall or car accident due to the fault of someone else, that person or entity can be held responsible. In preparing a victim’s legal case for settlement or trial, it is important to capture as much evidence as possible to present to the insurer or to a jury if the case cannot be settled. Some brain injuries, such as hemorrhaging, are captured in a CT when a patient visits the ER after a fall or accident. An MRI can capture microscopic injuries within the brain such as micro-hemorrhage within the brain, bruising and even scarring.

These imaging techniques can be helpful in showing the injury, but actually some TBI’s must be shown by the patient’s symptoms as imaging may not capture all TBI’s. Experienced and knowledgeable lawyers know how to gather the evidence of TBI injury and to prove to skeptical insurance carriers, for example, the affect on the patient’s life and work capability. The money damages that can be involved in a legal action after a person sustains a TBI include such things as loss of wages and pain and suffering. After a serious TBI, a victim may need financial support for many years and all of this must be taken into account when developing a court case on behalf of the injured party.

Scholle Law is Gwinnett County’s preeminent injury law firm. We are here to help victims of brain injury, whether mild or severe. Concussion is a real injury, even when it does not show up on a scan. If you have been injured after a fall, the premises owner may have negligently maintained the property and caused your injuries. If you have been injured after a car or truck or motorcycle accident, you may well be entitled to receive compensation for a concussion sustained in your accident. We are here to advise you and to help you recover, please contact us for a free evaluation of your case.