TBI Tragedy Strikes Georgia Community  We write today about a tragic brain injury accident that unfolded in Pike County, Georgia last week. By now, many readers are aware of the passing of a high school football player, apparently injured during a game. In a statement released by the Georgia High School Association (GHSA) it was confirmed […] 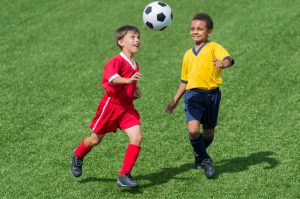 We write today about a tragic brain injury accident that unfolded in Pike County, Georgia last week. By now, many readers are aware of the passing of a high school football player, apparently injured during a game. In a statement released by the Georgia High School Association (GHSA) it was confirmed that all precautions had been taken by the school and team to protect players. The incident leading to this high school junior’s passing is still not clear. The young man was wearing the highest-rated helmet protection. There was also no clear injury from a tackle or a player hit of any kind. In the third quarter of the game, Dylan Thomas complained of a leg injury and was ultimately taken to Grady Memorial Hospital after passing out on the sidelines. Doctors at Grady determined that he had a head injury and performed emergency surgery, but could not save his life.The sad irony is that the Dylan Thomas’ family was aware of safety concerns for players on the field. They had purchased the best helmet, but also talked about staying safe during play.

Statistics from the National Center for Catastrophic Sport Injury Research indicates that in 2017, there were 13 deaths from high school football. Since four million high school students play football annually, fatalities are not common. Most of these fatalities relate to things like cardiac arrest, rather than direct hits on the field. Play and practice in hot weather for example, can lead to heat stroke and cardiac arrest. The recommendations to avoid this include ensuring players are drinking water and taking breaks.

As we have learned more about concussion and traumatic brain injury, high school, college and professional teams are taking head injury very seriously. We all want to make sure that players are protected from blows to the head, both from tackles, falls and collisions on the field.

Recently, the Centers for Disease Control issued guidelines for treatment of children with concussion. Young patients with head injuries are now getting more attention. Young football players and soccer players can be injured in field play. This can cause mild traumatic brain injury that can result in such things as memory loss and headaches. The guidelines resulted in several key action items for medical professionals, which include:

These new guidelines are applauded by doctors in this field. They say pediatric TBI has been overlooked for many years. In the past 20 years, it has become more and more clear that the impact of TBI in kids can have long term effects. These can include not only their thinking processes or cognition, but also things like headache and other physical symptoms. The researchers say that providing clear diagnosis and care guidelines will help injured kids.
The risk of TBI whether mild or serious, is real for both children and adults. Whether the injury is from a sports activity, a slip and fall or a car accident, concussion can have long lasting impact on the quality of life. Victims can suffer headache, dizziness, confusion, cloudy thinking and many other symptoms over many years. The cumulative effects of TBI are also now documented. So, if you have more than a few concussions in your lifetime, the risk of long lasting symptoms increases.
If you or someone you know has suffered a brain injury that was caused by another person or entity, contact our law firm for guidance with medical care and legal support. Scholle Law can help you and your family recover from those responsible and can help with lost wages from time away from work and medical support.