On the Rise: Another Fatal Motorcycle Crash in DeKalb 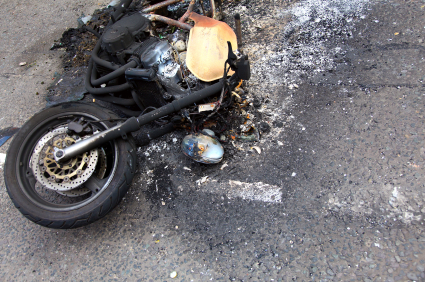 Very early on Sunday morning a tragedy unfolded on Interstate 285 in DeKalb. A biker was killed after he lost control of his bike. According to reports, the scene was terrible. After many years as an Atlanta motorcycle accident lawyer, I know that single bike accidents are frequent and dangerous. But all motorcycle accidents are increasing, in Georgia and throughout the country.

There is a great deal we don’t know yet about how this fatal DeKalb motorcycle crash occurred or the biker’s identity. The accident was so serious, the interstate was closed for several hours after the crash.

Just last month, the Atlanta area saw several other fatal motorcycle accidents. One involved a biker that was simply stopped in a lane of traffic. That rider was struck on Beaver Ruin Road near Interstate-85 when another vehicle hit him.

Another biker passed away last month in DeKalb County in an intersection hit-and-run. These fatal motorcycle accidents demonstrate what is being seen across the country, riders are in more danger than ever before while riding the cycles they love.

Still a third in Gwinnett County took the life of a young rider who was from Buford. We posted about this tragic loss earlier this month.

We have posted in the past about the Virginia Tech naturalistic study being done to determine the cause of single bike accidents and other important information about how riders actually ride. This effort is concentrated in four cities around the country, Orlando, Phoenix, Blacksburg and Irvine.

Unfortunately, motorcycle injuries and fatalities are increasing in the United States. About 42,000 fatalities occur on America’s roads every year and 10% of those are motorcycle riders. This is twice what it was only a decade ago. The study is intended to determine the factors that contribute to this crash rate, and to seek ways to decrease these fatalities.

Riders have been recruited to participate in this study which requires a camera being installed on the study participants’ bikes. The data is collected over a 12 month period and participants are compensated for their involvement in the study. The data that is being captured will be used to design and construct safer bikes and roads.

The Law Offices of P. Charles Scholle, P.C., represents motorcycle riders and their families when serious or fatal injuries happen. Please contact me for a free consultation at one of our conveniently-located Atlanta area offices.