Enraged Riders May Get Vindication

In my work as an Atlanta motorcycle accident lawyer, I keep up with the rulings in states around the country that relate to bikes. A very interesting ruling has just come out of the Indiana Court of Appeals. The case involved the question of whether the blood drawn from a police officer could be admissible […] 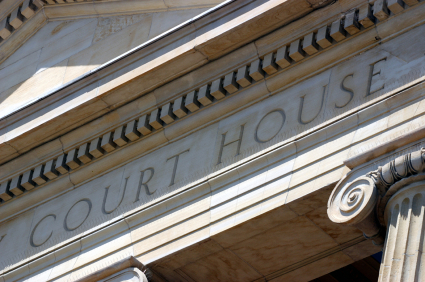 In my work as an Atlanta motorcycle accident lawyer, I keep up with the rulings in states around the country that relate to bikes. A very interesting ruling has just come out of the Indiana Court of Appeals. The case involved the question of whether the blood drawn from a police officer could be admissible in the criminal case filed against him. The blood could be important evidence as to why he ended up crashing into two motorcycles at an intersection, killing one rider and causing the critical injuries of two others.

The blood was drawn from the officer and now could be used as evidence against him. The prosecution must still prove that the blood was not tainted or damaged in any way by showing what is called a proper chain of custody before the trial court can admit or allow the evidence in the case against the officer. Apparently, the officer’s defense counsel believes there is a good chance that the evidence was not properly managed. As it stands now, the sample revealed an alleged blood-alcohol level of more than twice the legal limit in Indiana.

The drunk driving charges had initially been dropped and later were refiled by a different prosecutor. Initially, the trial court judge ruled that the blood sample was not admissible for technical reasons such as, alleged medical protocol failures and issues with the personnel that drew the blood.

Georgia law also provides for the personnel who may draw blood in these circumstances. Official Code of Georgia section 40-6-392 provides for chemical tests for alcohol or drugs in blood and provides, in part, that “The person tested may have a physician or a qualified technician, chemist, registered nurse, or other qualified person of his own choosing administer a chemical test or tests in addition to any administered at the direction of a law enforcement officer. The justifiable failure or inability to obtain an additional test shall not preclude the admission of evidence relating to the test or tests taken at the direction of a law enforcement officer …”

In Indiana, only certain medical personnel are permitted to draw blood in drunk driving cases. Interestingly, reports say that the blood could be used to support other charges, such as reckless homicide. But, in the court’s opinion, the person that performed the blood draw did it in a way that followed necessary protocols and they concluded that the state statutes were not intended to throw evidence out on these grounds if the proper procedures were otherwise followed.

According to reports, the public became outraged when it appeared that the crash scene was not handled properly. As a result, literally hundreds of bikers rode into downtown Indianapolis for several weekends after the crash to hold vigils and protest the way the situation was handled. The protests may have supported the end result which was disciplinary action or demotion of not only the police chief, but others in the department,
It is now hoped that the case will move forward with greater public trust. The decision may be appealed to the Indiana Supreme Court which may or may not accept the case for review.

If you or a loved one has been injured while riding your motorcycle or bike, there is help available for you. The Law Offices of P. Charles Scholle, PC, offers free consultations regarding serious accident and injury matters. With offices throughout the Atlanta metro region, we represent clients who have been injured in motorcycle accidents in all surrounding cities and counties, including Duluth, Fulton County, Grayson, Gwinnett County and more. Please contact Charles Scholle for a free confidential consultation at our main Gwinnett County law office, or at our offices in Decatur, the Perimeter and Buckhead.