Drinking and driving is well-known to be a lethal combination, which can cause the loss of life. What we don’t often see in my Gwinnett County motorcycle accident law practice, is the tragic fallout that happened in a case outside of Georgia. In August of last year, a motorcycle passenger was killed by a drunk […] 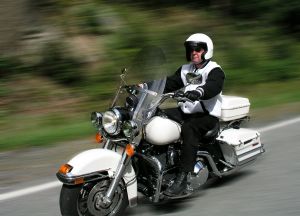 Drinking and driving is well-known to be a lethal combination, which can cause the loss of life. What we don’t often see in my Gwinnett County motorcycle accident law practice, is the tragic fallout that happened in a case outside of Georgia.

In August of last year, a motorcycle passenger was killed by a drunk driver in Erie, Pennsylvania. The case involved a 24-year-old young woman who died when she was thrown from the motorcycle driven by a young man, aged 26.

A drunk driver made a turn only 5 to 10 feet in front of the cycle, and the motorcycle’s driver had to stop suddenly to avoid the SUV. Tragically, the driver of the motorcycle could not live with the guilt over his young friend’s death while he was driving, even though it was not his fault. He took his own life.

The night of the accident, the SUV driver was arrested for drunk driving and now faces at least three years in prison for the crash. In Georgia, homicide by vehicle, including when a driver is under the influence, can carry a jail sentence from 3 to 15 years. or longer, depending on whether the person has any prior offenses.

We are in the holiday season and friends and family gather to celebrate. The roads are full of families going from place to place to enjoy one another. The roads are also full of people who are under the influence.

Motorcycle riders know that they need to be very careful in certain situations, particularly at intersections where many accidents can occur. But it is very difficult to manage defensive driving when a vehicle is driven by someone who has been drinking or is under the influence of drugs. As a biker, if you are confronted with a situation as occurred in this tragedy — a drunk SUV driver — it is very difficult to avoid another vehicle that is not following the rules of the road.

The double tragedy here is that the motorcycle driver took on the guilt of the accident himself, when it was not his fault that the passenger was killed. The driver probably did the only thing he could do — try to avoid a collision with the SUV that was coming at him.

For decades now, Georgia’s Mothers Against Drunk Driving (MADD) has been working tirelessly to help the public become more aware of the tragedies that occur when impaired drivers get behind the wheel. I have been involved in this organization as a board member and supporter for many years. But as a nation, we continue to struggle against this terrible and tragic issue.

For bike riders, a drunk driver behind the wheel of a large vehicle, such as an SUV is a recipe for the type of accident that occurred in the Pennsylvania case. The Motorcycle Safety Foundation has a number of tips that bike drivers can review before taking a passenger on board.

Other recommendations include that drivers really know their bike’s operation and have a safety- oriented attitude prior to carrying a passenger. They also recommend practicing such things as low-speed clutch/throttle control and emergency braking; using caution when cornering; using the Search, Evaluate, Execute strategy (SEESM) to increase safety margins; allowing a passenger time to adjust to riding with you; avoiding extreme speeds and dramatic lean angles; and many other safety suggestions.

Please get help if you or someone you love has been injured or killed by a drunk driver — The Law Offices of P. Charles Scholle, PC, offers free consultations regarding serious accident and injury matters. As a Gwinnett County, Georgia motorcycle injury attorney with offices throughout the Atlanta metro region, we represent clients who have been injured in motor vehicle accidents in all surrounding cities and counties, including Duluth, Fulton County, Grayson, Gwinnett County and more. Please contact our law firm for a free confidential consultation at our main Gwinnett County law office, or at our offices in Decatur, the Perimeter and Buckhead.