Motorcyclists know the dangers that intersections present. Often these dangers are posed by caged drivers who, for example, fail to see a motorcyclist making a turn. The Atlanta motorcycle community has lost a great friend recently in a different kind of intersection crash. After a night of work as a bartender, a young man was […] 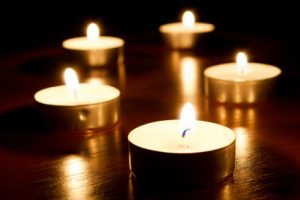 Motorcyclists know the dangers that intersections present. Often these dangers are posed by caged drivers who, for example, fail to see a motorcyclist making a turn. The Atlanta motorcycle community has lost a great friend recently in a different kind of intersection crash. After a night of work as a bartender, a young man was sitting on his bike at an intersection and then, in a flash, he was killed. An allegedly intoxicated driver of an SUV came along behind the biker and not only struck him, but dragged him a few feet, pushing the bike into the intersection. The young man died as a result of his injuries in this tragic and fatal motorcycle crash.

The SUV driver is now charged with several crimes under Georgia law. These include the serious criminal charge of homicide by vehicle in the first degree under the Official Code of Georgia Annotated section 40-6-393 (a). This offense carries a prison sentence of “not less than three years nor more than 15 years.” Other offenses include driving under the influence. The crash occurred at the intersection of Ponce de Leon and Clifton Road which was closed for several hours after the crash. The authorities performed an investigation of the crash site to preserve evidence and document what happened.

We have learned some meaningful things about this fallen Atlanta motorcyclist as his community mourns his loss and expresses their grief. After the fatal crash, his co-workers and employers have shared their thoughts and feelings about this young victim. The deceased biker was a popular and beloved man. His co-workers at a Midtown restaurant and bar shared their experience of him. They say not only was he really good at his bartending job, he was also really good at being a friend and kind person. In the notice released by his employer he was said to have been not only a cherished mentor, but a friend, both generous and caring. They called him “inspiring.” Our hearts are heavy learning about this wonderful person, friend and colleague. We know that his family and friends are hurting now and we are thinking of them.

When a person loses their life (especially at a young age) due to the negligence or recklessness of another person, there can be major financial issues that arise. Close family members can receive support that the person would have earned during his or her lifetime. A wrongful death action cannot bring a beloved family member home, but it can help to ease the pain as time goes by. The type of action is brought by relatives of the family member who has been fatally injured. These cases can be complex and challenging for families.

At Scholle Law, we have sensitively and successfully represented the family members of their loved ones who have lost their lives due to the negligence or recklessness of another person. This preventable loss of life is tragic. We can’t easily protect against this kind of sudden collision. As aware as any rider might be about his or her surroundings, a crash like this catches its victim unaware and unprotected. If a tragedy occurs, family members need help and we are here to provide that help.