Atlanta Driver Sought After Injury and Assault to Cyclist

Earlier this month, a cyclist ended up in critical condition after an incident in Morningside. The situation is complicated by the fact that a driver involved in this incident has not yet been located and the police are asking for the public’s help. The police have said they need anyone with information to help find […] 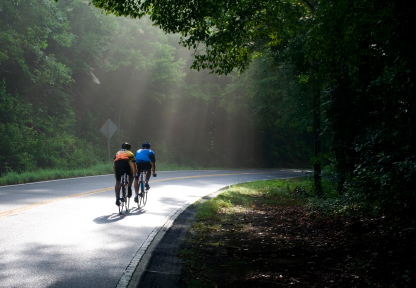 Earlier this month, a cyclist ended up in critical condition after an incident in Morningside. The situation is complicated by the fact that a driver involved in this incident has not yet been located and the police are asking for the public’s help. The police have said they need anyone with information to help find an SUV driver who allegedly intentionally struck the cyclist after a traffic incident. After viewing videos of the situation, authorities intend to charge the driver of the SUV with aggravated assault which is found in Official Code of Georgia section 16-5-21. They need to find him first. A $15,000 reward has now been raised to help find the suspect.

The cyclist who remains hospitalized with catastrophic injuries to his head and neck, was struck by an SUV after what appears to be an altercation. The authorities have been assisted by a video that shows an SUV driving on Flagler Avenue in one direction, going out of view and then driving in the opposite direction. The video also reveals the cyclist riding very fast in that same direction being followed by the SUV. Those who witnessed the event, have told the police that they heard a verbal dispute between the driver and the cyclist prior to the cyclist being struck. The cyclist had a close call with the SUV on an intersecting road prior to being hit on Flagler. The cyclist apparently was speeding off trying to avoid being further involved with the driver when allegedly (and the video indicates this) the SUV driver turned around to follow him and allegedly to intentionally strike him. The vehicle involved is a Dodge Nitro, in a burgundy color. It is anticipated that there might be damage to this SUV.

We have written in the past about the various ways that authorities can use to investigate a hit and run situation. Often the vehicle involved ends up being spotted by a vehicle repair facility. In the event that there was damage to this SUV, which the police believe may have been the case, alert body shops often report damage when they suspect that the vehicle may be one that has been identified in a hit and run. Neighbors and friends are also very helpful in seeing damage to a vehicle that answers to the description in the police notification to the public.

We have also written in the past about the need for drivers to share the road with bike riders. It may be that the driver here simply made a mistake in driving or perhaps the cyclist was not observing the rules of the road in the original incident. But regardless of who was at fault in that situation, there is nothing that justifies a driver using his or her vehicle as an instrument of potential destruction and in this case, allegedly aggravated assault.

If you or a loved one have been injured by a motor vehicle while riding your bicycle, you may be entitled for compensation for your injuries, lost time at work and other support. Please contact Scholle Law, for a complimentary consultation on your situation. We represent many injured victims — including those with catastrophic injuries — after accidents of all kinds. Our approach is personal and our reputation impeccable. Please call us at any time for help.